The DANARM name, synonymous with chainsaws, originated in 1941 when a designer named J.Clubley-Armstrong and the Stroud engineering Company T.H. & J. Daniels produced the first DANARM chainsaw. 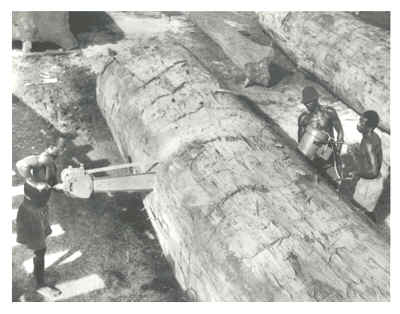 The first saws were powered by Villiers 2-stroke engines, from 80cc up to 350cc. The larger models were capable of taking cutter bars up to 7ft in length. Many of the early saws were supplied to War Office specification for use in jungle battle areas. 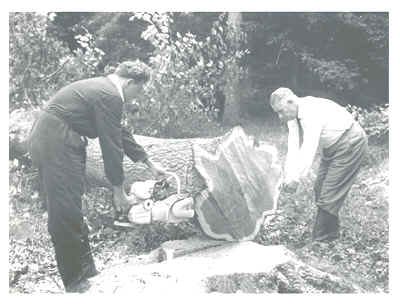 Around 1954 the DANARM model DD8F Saw was introduced, incorporating the Villiers 98cc ‘8F’ 2-stroke engine. The saw weighed about 28lb and featured a diaphragm carburettor which enabled the saw to be used easily by one man at any angle. This model became famous worldwide. In the 1960’s and 1970’s DANARMdeveloped their own 125cc, 110cc, 71cc and 55cc engines and later incorporated an anti-vibration system using coil springs. Saws became much lighter in weight as magnesium castings were used extensively for the larger components.

During the later years of manufacture, which ceased in 1984, the company became involved with many other products, including Cultivators, Brushcutters, Hedgetrimmers, Lawnmowers, Pumps and Generators as well as Chainsaws from TML, Pioneer and Komatsu Zenoah.

In 1991 the then owner of DANARM, Linton Park plc, planned to terminate the company. However, the present Managing Director who had been employed by T.H. & J. Daniels and DANARM since 1958 decided to continue the DANARM name. With Linton Park’s agreement DANARM MACHINERY commenced trading in 1992. Most of the present range of products are imported from the Japanese manufacturing company

Corporation with whom DANARM has a 30 year association.

We are U.K. importers and distributors of professional quality garden machinery. Our main range is manufactured by the Japanese Kaaz Corporation.

The weeds are growing fast and furious. There is a suitable DANARM brushcutter to tackle any job .Check out the range at http://danarm.co.uk/product-category/brushcutters/

We are very pleased to hear that the tennis club is happy with the mower. Great lawn, great stripes and great lawnmower. It's always nice to see where the machines are being used.

We use cookies to ensure that we give you the best experience on our website. These cookies do not hold any information that can personally identify you. If you continue to use this site we will assume that you are happy with it.OkNoRead more